Do You Want to be genetically engineered?

This excellent webinar was held on Saturday, October 10, 2020

If You Like This Webinar, Please Consider Making a Donation to Support our Work

You have Successfully Subscribed! 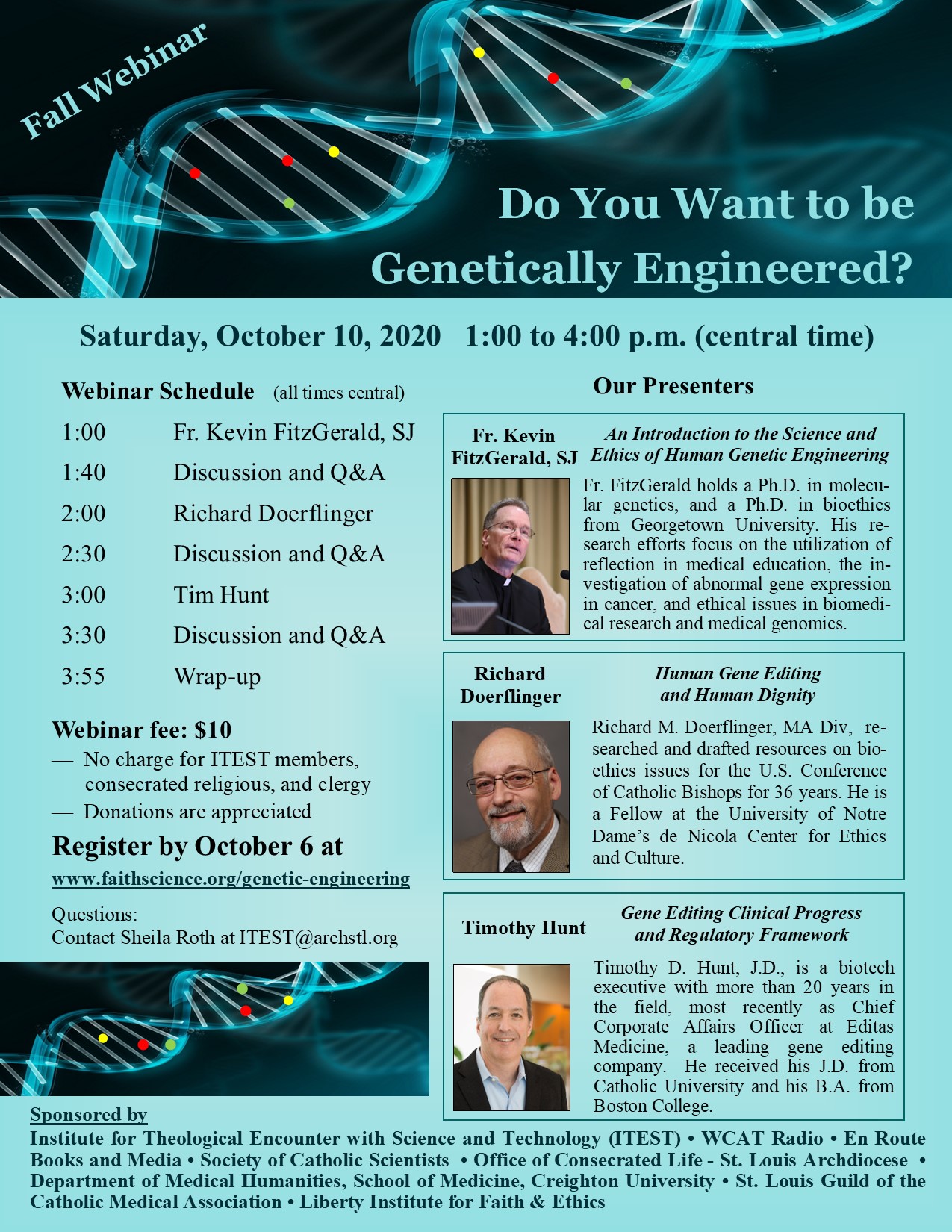 An Introduction to the Science and Ethics of Human Genetic Engineering 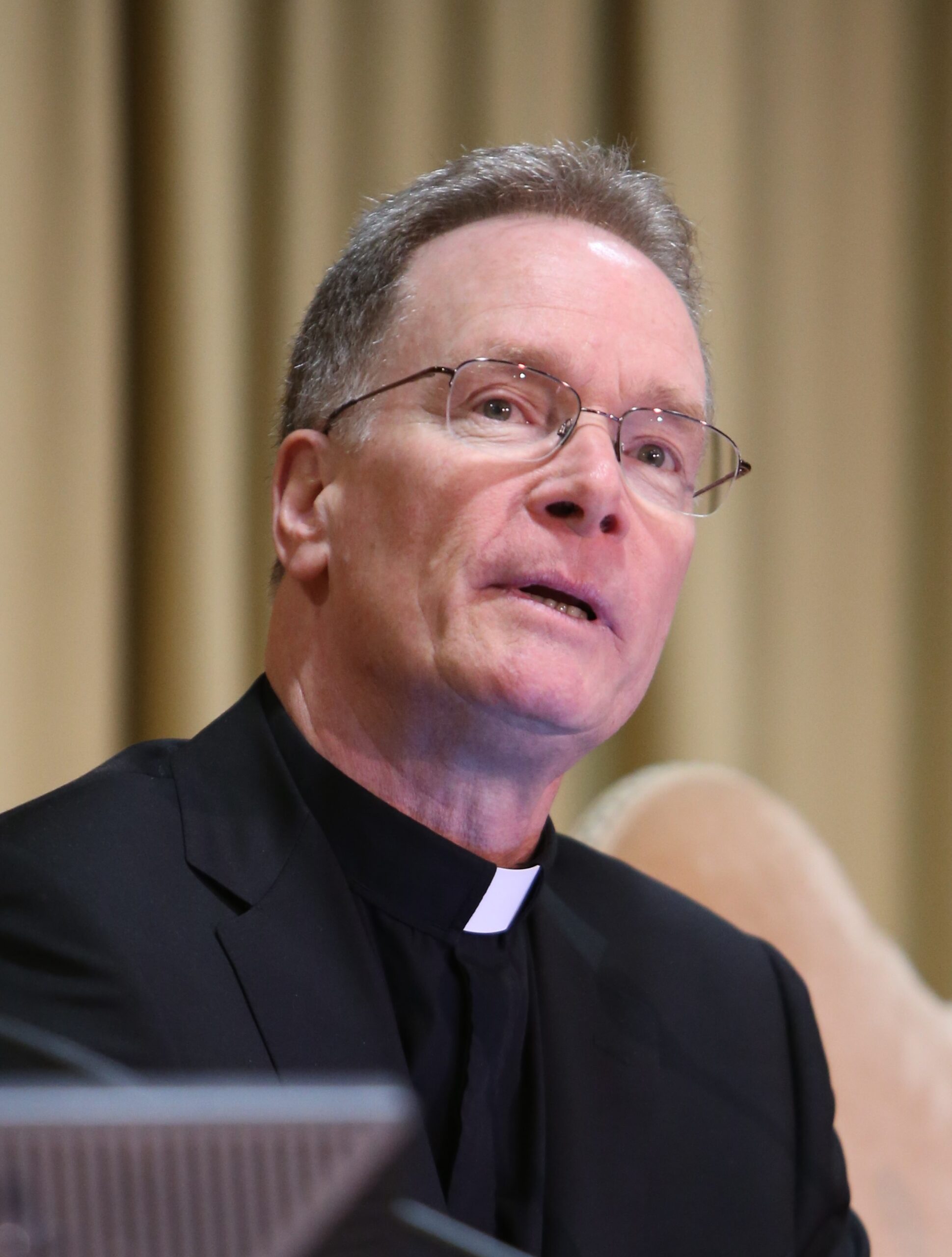 Kevin T. FitzGerald, S.J., Ph.D., Ph.D., is the John A. Creighton University Professor, and chair of the Department of Medical Humanities in the School of Medicine, at Creighton University. He received a Ph.D. in molecular genetics, and a Ph.D. in bioethics, from Georgetown University. His research efforts focus on the utilization of reflection in medical education, on the investigation of abnormal gene expression in cancer, and on ethical issues in biomedical research and medical genomics. He has published educational, scientific, and ethical articles in peer-reviewed journals, books, and in the popular press.

Fr. FitzGerald has given presentations nationally and internationally, and often been interviewed by the news media, on such topics as human genetic engineering, cloning, stem cell research, and personalized medicine. He is a founding member of Do No Harm, a member of the ethics committee for the March of Dimes, and a member of the Genetic Alliance IRB. In addition, he currently chairs the Ethics Advisory Council for the Geisinger Health System MyCode biobank project, which includes a Return of Results process for exome sequencing of project participants.

In addition, Fr. FitzGerald has been a Corresponding Member of the Pontifical Academy for Life since 2005, and a Consultor to the Pontifical Council for Culture since 2014. 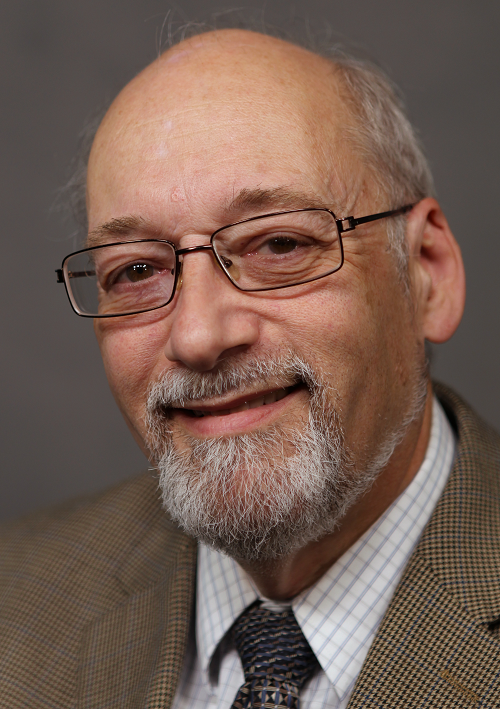 Richard M. Doerflinger is a Public Policy Fellow with the University of Notre Dame’s Center for Ethics and Culture and an Adjunct Fellow in Bioethics and Public Policy at the National Catholic Bioethics Center in Philadelphia. He was formerly Associate Director of the Secretariat of Pro-Life Activities for the United States Conference of Catholic Bishops, where he worked for 36 years. Among his duties was the preparation of policy statements and congressional testimony on abortion, euthanasia, conscience rights in health care, embryo research, and other medical-moral issues for the bishops’ conference. He also serves on the Advisory Board to The Center for Bioethics & Human Dignity, and is a member of the Pontifical Academy for Life.

Mr. Doerflinger has testified before Congress, the National Bioethics Advisory Commission, the National Institutes of Health, the President’s Council on Bioethics, and several state legislatures on the way public policy treats human life at its most vulnerable stages. His writings on medical ethics and public policy include contributions to The Journal of Law, Medicine & Ethics, The Hastings Center Report, Duquesne Law Review, Cell Proliferation, the Kennedy Institute of Ethics Journal, the Encyclopedia of Catholic Doctrine (Our Sunday Visitor Press 1997), the National Catholic Bioethics Quarterly, Human Life Review, The Public Discourse, and the American Journal of Bioethics. His biweekly column “A More Human Society” is syndicated by Catholic News Service and published in many Catholic newspapers. He holds a BA degree and an MA in Divinity from the University of Chicago, and conducted doctoral studies in Theology at that institution and the Catholic University of America.

In January 2009, Mr. Doerflinger became one of the first recipients of the Gerard Health Foundation’s “Life Prize,” honoring efforts to awaken the conscience of America to the sanctity of human life. In April 2011, he became the first recipient of the “Evangelium Vitae Medal,” awarded annually by the University of Notre Dame’s Center for Ethics and Culture “to honor individuals whose outstanding efforts have served to proclaim the Gospel of Life by steadfastly affirming and defending the sanctity of human life from its earliest stages.” 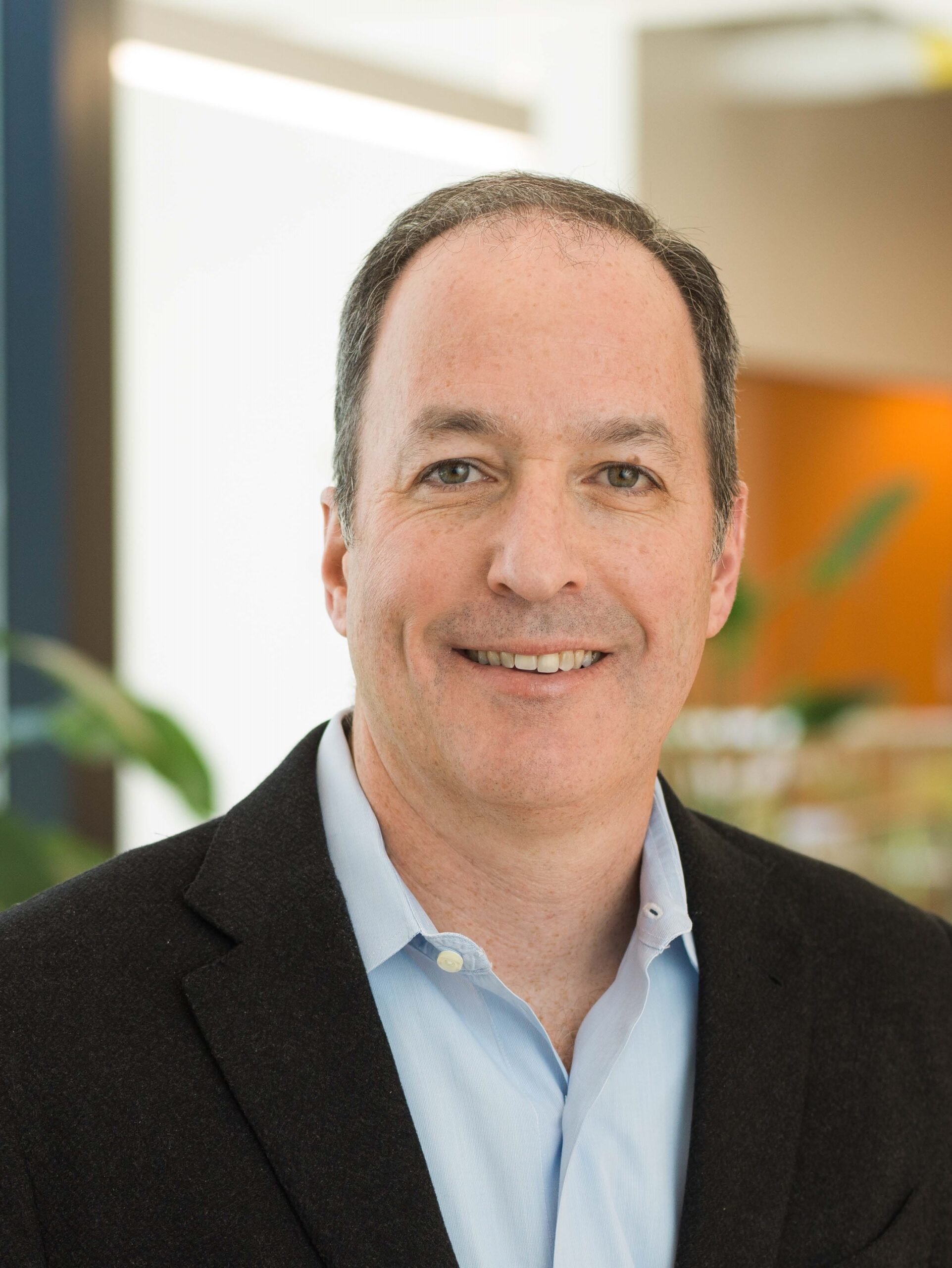 Tim Hunt is an executive with more than 20 years of experience in the biotechnology field. Most recently, he served as Chief Corporate Affairs Officer at Editas Medicine. He joined Editas Medicine in January 2016 and oversaw global policy, early-stage commercial planning & market development, government affairs, human resources, and corporate communications.

Mr. Hunt has served as Chair of the American Society of Gene and Cell Therapy’s (ASGCT) Government Relations Committee. He has been a member of BIO’s Human Genome Editing Working Group (staff), the Alliance for Regenerative Medicine’s Gene Editing Task Force, and the Duke Margolis Center for Health Policy’s Advisory Group on Value-Based Payment for Medical Products. He currently serves on the ASGCT Ethics Committee and the ASGCT Government Relations Committee.

Prior to joining Editas Medicine, Mr. Hunt was Senior Vice President of Public Affairs for Cubist Pharma-ceuticals, the world’s largest developer of antibiotics to combat superbugs, until the company was acquired by Merck in 2015. At Cubist, he oversaw global policy, government affairs, and communications.

Mr. Hunt received his J.D. from the Columbus School of Law at the Catholic University of America and his B.A. in History and Philosophy from Boston College. He is a member of the Board of Directors of the non-profit organization Life Sciences Cares and is a member of the Strategic Advisory Board of Spero Therapeutics.

Ken Burns produced a two part documentary “The Gene” on PBS in April, 2020. Read this interesting article from Science News. The PBS documentary ‘The Gene’ showcases genetics’ promise and pitfalls.

This interview is good background reading for the webinar. 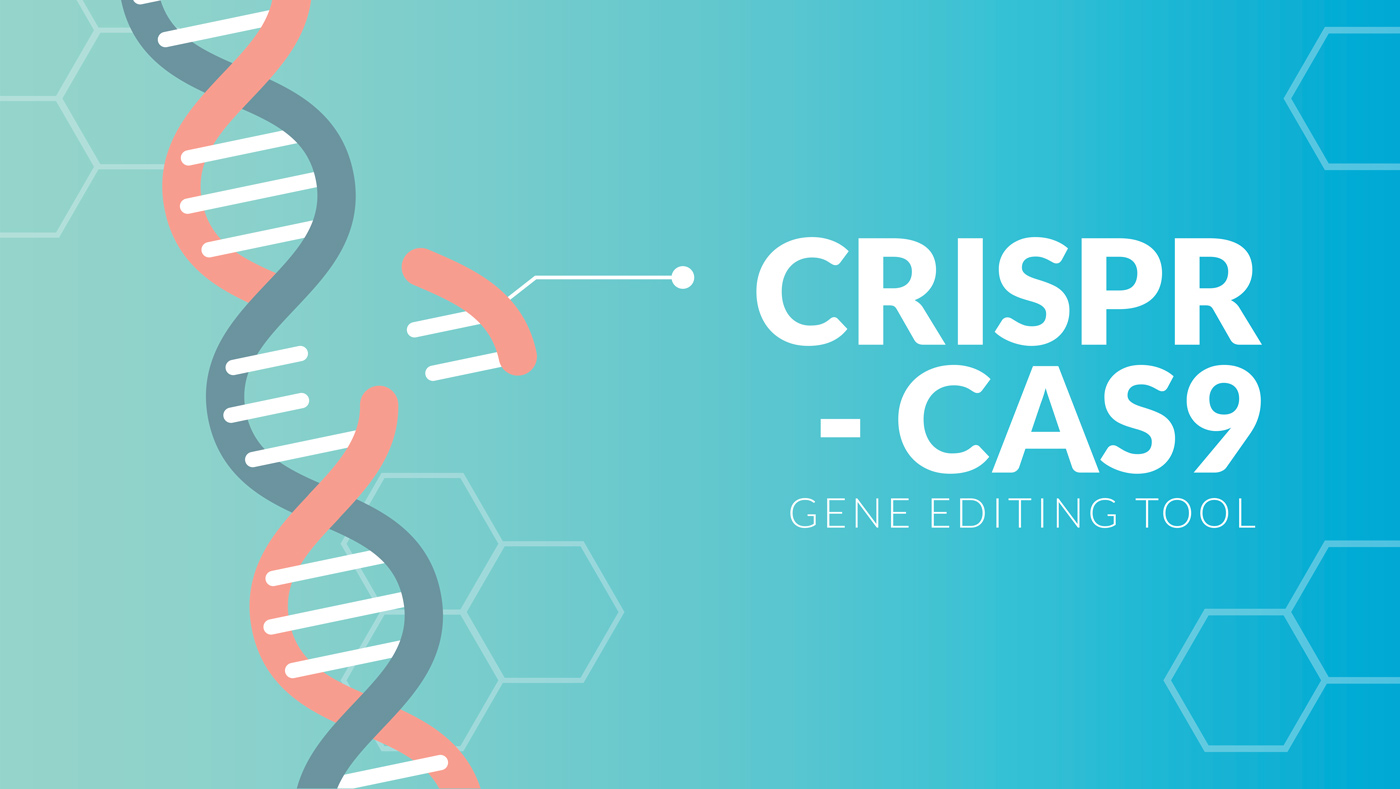 Another good resource: CRISPR in context: towards a socially responsible debate on embryo editing