“Our ancestry stretches back through the life-forms and into the stars, back to the beginnings of the primeval fireball. This universe is a single, multiform, energetic unfolding of matter, mind, intelligence and life. All of this is new. None of the great figures of human history were aware of this. Not Plato, not Aristotle, or the Hebrew prophets, or Confucius or Leibniz or Newton, or any other world-makers. We are the first generation to live with an empirical view of the origin of the universe. We are the first humans to look into the night sky and see the birth of stars, the birth of galaxies, the birth of the cosmos as a whole. Our future as a species will be forged within this new story of the world.” – physicist Brian Swimme, The Universe is a Green Dragon

Please Donate to our GoFundMe
“It was not I who gave you the breath of life,
nor was it I who set in order
the elements of which each of you is composed.
Therefore, since it is the Creator of the universe
who shapes each man’s beginning,
as he brings about the origin of everything,
he, in his mercy,
will give you back both breath and life…
I beg you, child, to look at the heavens and the earth
and see all that is in them;
then you will know that God did not make them out of existing things;
and in the same way the human race came into existence.” – 2 Maccabees 7:22-23, 28 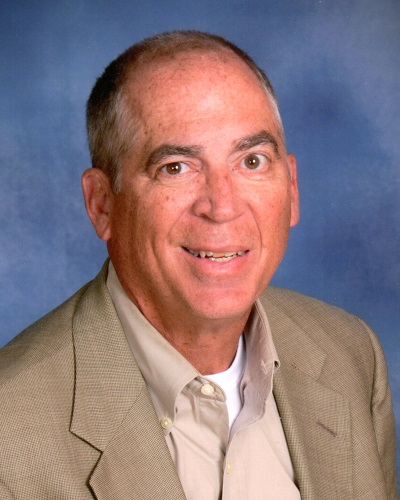 Dr. David Keys received a Ph.D. in Physics from Washington University in St. Louis, MO in 1984 and a Masters in Theology from Franciscan University in Steubenville, Ohio in 2013. For 38 years he worked in the field of Medical Physics, being involved in the physics of radiation treatment of cancer patients and in the physics of diagnostic imaging of patients and was named a Fellow by the American College of Radiology, the American Association of Physicists in Medicine, and the American College of Medical Physics. Dr. Keys retired from Medical Physics in 2012, and has since then, published a book—Exploring the Belief in the Real Presence, has been on EWTN, Immaculate Heart Radio, and Covenant radio networks and has delivered numerous talks on a variety of topics, including Faith and Science, the Shroud of Turin, and the Tilma of St. Juan Diego.

Dr. Keys’ presentation will address Cosmic Evolution, Chemical Evolution, and Biological Evolution and what it really means to believe that these occurrences are truly random (including the effects of progressive mutations).  In addition, Dr. Keys will address the thought that 13.8 Billion years is a long time and anything can happen unguided during that time. 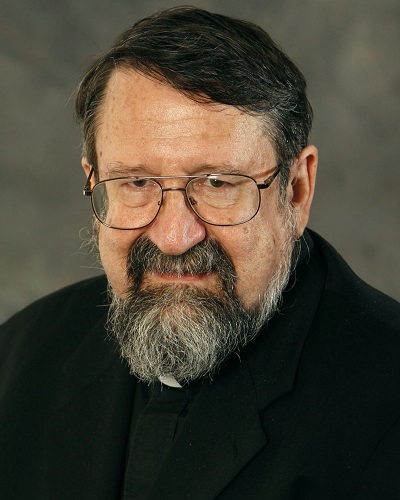 Fr. Earl Muller, S.J., entered the Society of Jesus in 1965, was ordained in 1977, and received a Ph.D. in religious studies from Marquette University in 1987. He has been on faculty at Spring Hill College, Marquette University, the Gregorian University, Sacred Heart Major Seminary, and Kenrick-Glennon Seminary. He is currently the Scholar in Residence at Notre Dame Seminary. He is the author of Trinity and Marriage in Paul, co-editor of Presbyter Factus Sum in the Collectanea Augustiniana series and Theological Education in the Catholic Tradition, “Evolution” in the New Catholic Encyclopedia Supplement 2009, and “The Magisterium and Human Origins,” The National Catholic Bioethics Quarterly 3 (2003):501–15 (which won a Catholic Press Association award).

Fr. Muller’s presentation will set out the Church’s teaching on creation and evolution, will explore the tradition of the interpretation of Gen. 1 & 2, and the differences between scientific methodology and theological methodology as it touches on this issue.

by the Society of Catholic Scientists

Evolution and a Catholic Understanding of Creation