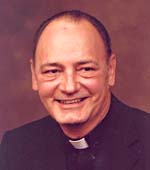 Father Robert A. Brungs, SJ, Jesuit, Cincinnati native and co-founder and Director of the Institute for Theological Encounter with Science and Technology, led and guided ITEST for almost four decades until his death on May 8, 2006.

In addition to this PhD in Physics from Saint Louis University, where he taught in the 1960’s, he held a Licentiate in Sacred Theology from Woodstock College, Maryland. Ordained in 1964, he celebrated his first Mass at St. Boniface Church, his home parish. He attended St. Boniface Elementary School and his freshman year at the Jesuit High School in Cincinnati until moving with his family to Washington, DC. He graduated from Gonzaga (Jesuit) High School in 1949.

Father Brungs wrote and lectured extensively on faith/science issues throughout the 38 years he was director of ITEST often recruiting scientists/technologists, theologians and those interested in the integration of faith and science to join him in this mission. ITEST has members in 28 countries around the world. He authored several books, among them, A Priestly People and Building the City: Christian Response and Responsibility, and You See Lights Breaking Upon Us: Doctrinal Perspectives on Biological Advance (1989). He was the Executive Producer of two videos, the multi award-winning Lights Breaking: A Journey Down the Byways of Genetic Engineering (1985) and Decision: Scientists in the Church (1987). He served as a consultant to many committees, among them the Committee on Science and Human Values of the National Council of Catholic Bishops and the then Vatican Secretariat for non-Believers.

After working for almost four decades with hierarchy, academicians, scientists and others, Father Brungs saw that the faith/science mission and ministry must extend to our youngest Christians and subsequently received funding from the Our Sunday Visitor Institute for a project directed to young Christians, Exploring the World, Discovering God. According to Brungs, “This is a pilot program for K-4 in religion/faith and science designed to open the children to the beauties of God’s love and care by providing a solid education in both religion and science. Both faith and science teach `What God has wrought’, highlighting the fact that both are compatible and making the relationship a pivotal element in the teaching of both areas.”

To see an interview on faith/science issues with Father Brungs, Faith/Science: Conflict or Confluence, go to the Media Page, DVDs. 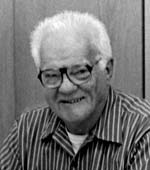 Dr. Matschiner began his research career as professor of Biochemistry at Saint Louis University Medical School; where he worked on vitamin K under D. Edward Doisy, a 1943 Nobel Prize winner. After working in research and teaching at Saint Louis University for a number of years, he accepted a position as professor of Biochemistry at the University of Nebraska Medical School in Omaha, Nebraska where he served for almost two decades, retiring from teaching in 1999.

He also served as Vice Director of ITEST and, although he lived at a distance from St. Louis, he remained deeply interested in and committed to ITEST. He faithfully attended and contributed to most of the ITEST meetings while he was in Omaha.

In the early days of ITEST, even before its incorporation, according to Fr. Brungs, “John and I hit it off from the beginning, and the seeds of a new organization began to sprout. We initially gathered a few other interested people around us, held some meetings with Fr. Edward Schillebeecx, OP, and Fr. Karl Rahner, SJ, back in the 1960s. Then, working with this and other experiences in the chosen apostolate (science/theology), we incorporated ITEST as a 501(c)(3) corporation and obtained federal tax exemption – again still in the 1960s.”

After his retirement, John bought some property in the country in central Missouri and planned to build a little “retreat” where he and his grown family could enjoy the beauties of nature which he loved. After a year or so, John was injured in an auto accident and, because of his injuries, had to move to an assisted living facility where he died during the Thanksgiving Holidays in 2004.

Father Brungs’ written homage emphasizes John’s deep love for his family and friends. “I can say that John, for all his intellectual power, was really more of a lover than a thinker. He loved the countryside, especially the mountains and forests of the West where he grew up – as well as the woods and fields of Missouri. I think John much preferred the life of a `guy in the woods’ to the scientist at the bench. Yet, he did his science uncommonly well.” A fitting tribute to a man of faith and a man of science.

You have Successfully Subscribed!